Lessons From Running, How Running Became Therapy for This Non-Runner 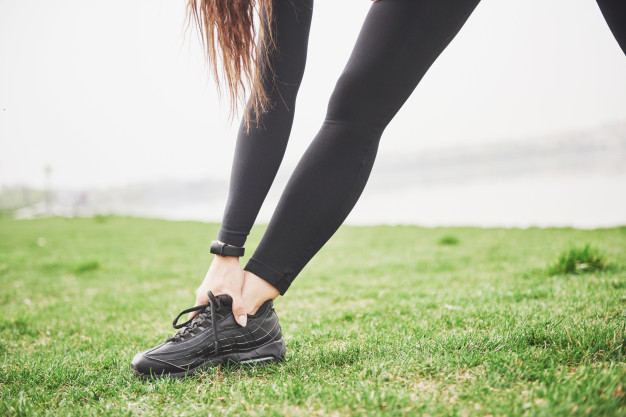 Running for therapy is truly therapy. You’ve heard it before but it’s true. Running has taught me more about life and myself than any other thing I’ve ever undertaken. First of all, let me say that I never considered myself a runner. As a matter of fact, I used to qualify myself as a ‘hate running’ type person.

Here are a few misconceptions I had about running before I started doing it seriously: It has always seemed to me like an elitist sport. People who ran were lean and strong. I’ve always associated running with people who were fit, strong and overall healthy. Years later I decided to lose some weight after some time away from the gym and I turned to running. I didn’t own a bike and the pool and fitness centers were miles away. Plus, I didn’t feel like I wanted to pay for extra equipment or memberships. So I began running. Again.

For some reason, this time I caught the bug. It wasn’t until years later, when I again felt the need to lose weight and bump up my almost non-existent exercise routine that I started working out again especially running again. Actually the running part, it started with simply walking. I was motivated to get up early and walk every morning. Soon, that wasn’t enough for me and I’d start jogging a few hundred meters at a time. I’d think, just to the next lamppost or that tree up there. Then I’d walk again. Then up and off I was again building my momentum.

Finally, months later I was up to mainly running. It felt great! This died off some as I got into my new start-up business. One day I had a bit of a breakthrough. I had an argument with my wife who was at work. I worked from the home and I was so angry at the end of that conversation that I was ready to start throwing things but gym equipment by working out even harder including walking. For some reason, I decided to go for a walk and “burn off steam”. When I finished my 45 minute walk, I felt not only much calmer I couldn’t remember why I had been so angry with my wife. It was a light bulb moment because if walking could do that for me, then imagine what running regularly could do for my stress. And that is when the running saved me.

If I ever got really upset and take it outside to walk or run and even do other exercises too. Everyday, I would burn off my stress by taking it outside and start running. I found that running calmed my runaway thoughts. Then it started helping me to think better. Once I got the emotion out, I had room for more rational thoughts. Things didn’t look as scary after a run. Thoughts that would have me waking up drenched in sweat at 3 am wouldn’t seem so bad to me. I had better answers after my runs. Running did save my business (it cleared my mind up), and it saved me from going over the edge.

In the end, it was my business and exercise that really kept me grounded and sane when stress snuck in. I came out of it a slight marathoner and a runner (and still alive). I learned that running helped balance me. I’m a high energy person. I need running to burn off that extra energy that when I’m not in a good place gets turned into frustration and not being myself. Things that used to upset me before I became a runner couldn’t upset me once I was running regularly. It was like why waste the energy on that. I’ve got more important things to do like go run to stay healthy!