The Six Phases of Forming a New Healthy Habit 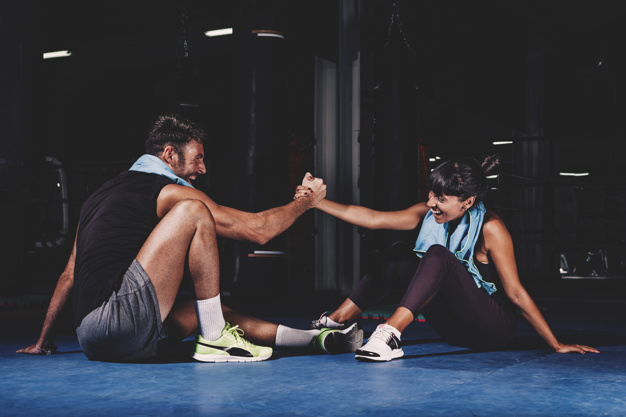 Most weight loss candidates start out saying: “I weigh X pounds, I’m trying diet Y, and I’d like to weigh Z to be happy.” Most diets books, pills, and programs echo this by suggesting, “If you weigh X and you buy Y from us, you will weigh Z and be very happy.” Yet most ‘diets’ have only a 9 percent rate of success! What we can learn from specialists in behavior change can provide “secret weapons” to long term weight loss, and the six phases described below is one of them.

February 28, 2012, Choice Magazine webinar by Jonathan Bates, the chief experience officer of The Paper Room & trade; Institute, the theory he presented explains the self-defeating emotional highs and lows that accompany most all personal change. Even with the very best of intentions, one’s healthy habits efforts usually fail after phase two, causing goals to be discarded and self-doubt to take over. This outline helps to illuminate his theory:

1. Phase one is characterized by initial high spirits and optimism, otherwise known as “Uninformed Optimism”: An example would be the first step of signing up for a gym, buying a full gym kit, happily imagining the great times ahead, a general glee around the potential of fulfilling the desire of physical fitness.

2. First days and weeks go by, and obstacles begin to present themselves, both inner and outer. Problems such as muscle ache, lack of time, boredom, conflicting priorities, slow results – these can lead to a questioning if it isn’t better to just give up and forget the whole thing, what Mr. Bates calls “Uninformed Pessimism.” This is the point when many individuals give up entirely.

3. Phase three is the turnaround to make necessary changes: to re-establish one’s outlook, refine the program and goals, be realistic about the outcome, re-identify with one’s inner and outer motivation, analyze how everything is going, make adjustments where necessary, incorporate new strategies, and re-kindle hope.

4. The resulting sense of resolve is described as “Informed Pessimism”: a renewed understanding that the desire for physical fitness can and will be accomplished, just not exactly as it seemed back in phase one. Things are not as bad as they seemed in phase two, but physical fitness requires some “stick-to-it” attitude and not every day will be exciting and glorious at the gym! With inner motivation re-ignited and outer obstacles kept in check, one can get back to the task at hand.

5. A renewed and realistic viewpoint does not only raise the low emotional state of mind found in phase two, but is fundamental to creating an “Informed Optimism.” New habits are not as bad as they seem, which would have been learned in points three and four and new habits might not be as glorified as they may have seemed at the very outset, back in phase one.

6. What one will accomplish is phase six, a “Stability,” as put forth by Mr. Bates. In the same way a rock thrown into a still lake will create waves that diminish as they travel along the surface of the water, a new lifestyle goal will inevitably pass through ever diminishing emotional and mental highs and lows if one expects, understands, and sees these through. Habit change is a fascinating study, and understanding basic processes can be the difference between personal success or continual, unfulfilling changes of course.

Continual progress towards accomplishing one’s goal of being physically fit and healthy takes time, effort and continued strategies to create a desired outcome. Continually strive to improve your health in any way you can, and in the run it can really pay off.